Last December 26, 2013, me and my family were bound for Hong Kong to spend our week long Christmas vacation there. We perused our American Express Cards issued by BDO, so we can use the Club Manila airport lounge located in Ninoy Aquino International Airport, while waiting for our boarding announcement. The lounge was full as it was Christmas and a a lot of people were taking advantage of the Christmas vacation from school. Since the lounge was full, we were escorted to another airport lounge, which is part of the same company, although on the second floor. We relaxed, ate some light meals, had coffee, a few drinks, and check our e-mails. We had an 11 am flight, which would bring us to Hong Kong at around 1 pm. At around 10:35 am, we heard our boarding announcements and proceeded to the departure gate.

We took Cathay Pacific Airways as we converted our Asiamiles points in exchange for flights. We were five passengers, namely me, my son, my wife, my sister in law, and my mother in law. When we landed in Hong Kong, we proceeded to the immigration counters, afterwards the luggage claim counter. Upon our exit, we saw a man carrying a placard with my name. So I approached him, and he told me that a limousine was arranged to bring us to our hotel. He was surprised that there were 5 people in our group, as he was notified that there were only 2 people. So instead of 1 car takings us to our hotel, we rode in two separate Mercedes Benzes.

We arrived at our hotel in a little over 30 minutes from the airport. We were billeted at the Renaissance Harbour View Hong Kong Hotel, for 6 nights. We also perused my Marriott Rewards to redeem our hotel stay in exchange of my Marriott Rewards Points. Our room was rather spacious. My son’s first instinct was to turn on the TV and check if there were any channels featuring animation, which there was, which pleasantly surprised him. We rest for the duration of the afternoon. My son informed me that he wanted to go to Hong Kong Disneyland the very next day, to which I said yes.

The very next day, me and my son proceeded to the Wanchai MTR Station, to go to Central MTR Station/Hong Kong Station. Upon reaching Central/Hong Kong Station, we proceeded to the interchange, in order for us to take the MTR from Central/Hong Kong Station to Sunny Bay MTR Station. Upon reaching Sunny Bay MTR Station, we disembarked and waited for the Hong Kong Disneyland Resort Train, which would ultimately bring us to Hong Kong Disneyland. Since it was the Christmas holidays, there were may people. We visited some of my son’s favorite attractions, such as Buzz Lightyear’s Astro Blaster, Philharmagic, Mystic Point, Enchanted Gardens, Toy Story Land, Grizzly Gulch, etc. The Mystic Point Manor was closed when we passed by in the morning, so we decided to proceed to Grizzly Gulch. We had a bite at the Grizzly Gulch Salon. We took some pictures at the Gold Nugget, etc. Afterwards we went pass Toy Story Land, which had long lines, so we opted to go to watch the Philharmagic show. We were treated to a feast in Beast Enchanted Castle, safari trip in Simba’s African Kingdom, flew in a magic carpet in Alladin’s Dessert Palace, and got wet and swam in Ariel’s Underwater Kingdom. Afterwards we proceeded to Buzz Lightyear’s Astro Blaster. We had tons of fun blasting Emperor Zurg and his nasty space minions. We came back to Mystic Manor, but the lines then was too long. It stated that we needed to wait in line for an hour. So my son decided to head back to forego the attraction. We proceeded back to our hotel.

That night we decided to eat at our favorite restaurant, Delicious Kitchen, which was located in Food Street in Causeway Bay. When we arrived there were not too many customers yet, so we were able to get seats immediately. We ordered their specialty Double Pork Rib with Vegetable Rice, plus I ordered an additional deep fried pigs intestine. We had a sumptuous dinner.

The next day me and my wife, ran some personal errands. We jumped from place to place the whole day. We were tired from all day of walking and commuting, that we decided to retire to our hotel early, and rest.

The next day, me and my son went to the Apple IFC Hong Kong Store, to have a cousins iPhone 4S checked and repaired. While in IFC we decided to watch the movie Frozen in 3D at the IFC Cinema. Afterwards we decided to have dinner in Crystal Jade Restaurant. We were stuffed, and decided to take home additional food for my wife, my sister in law, and my mother in law.

My son wanted to visit Windsor House to check out what’s new in Toys R Us. He saw something he liked, but we opted not to buy it as we were carrying a lot of things already. We just decided to buy Pork Coin and Pork Jerky from Bee Cheng Hiang. 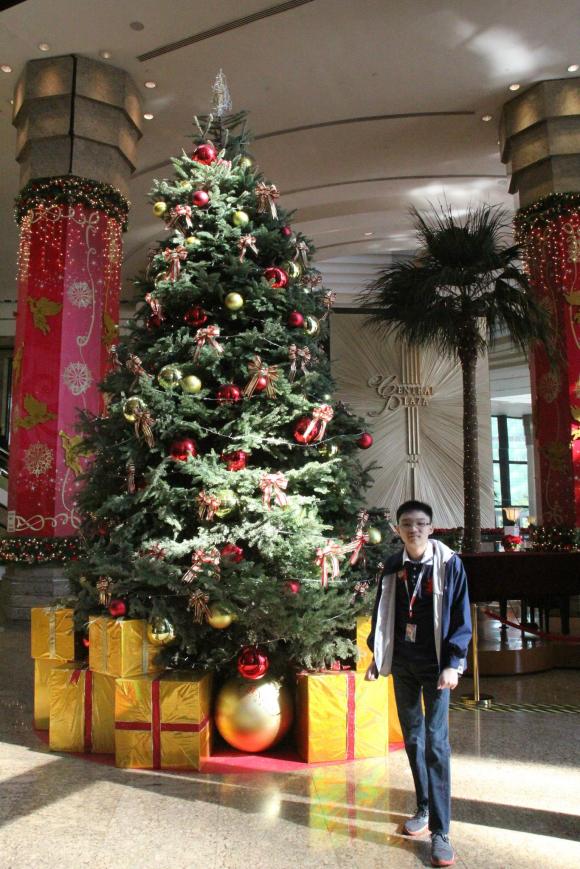 We also went to Worldwide Plaza to check on things. On the way there we passed by Central Plaza, and decided to take some pictures. 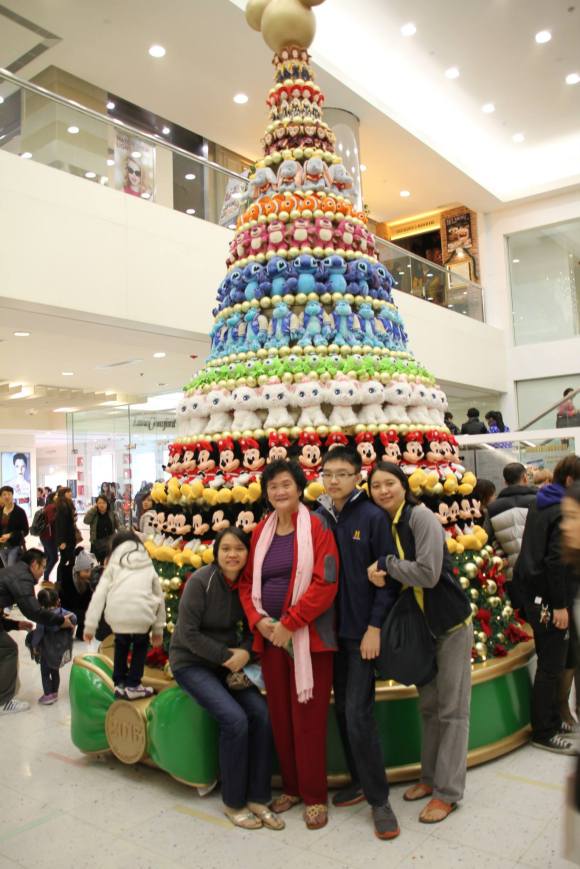 Second to the last night, we decided to go to Tsimshatsui, and do some shopping. We weren’t able to find anything we liked, but my son was able to get 2 Power Rangers Megazords. He was ecstatic with his haul.

On the day of our flight, after checking out, we waited for our transportation to the airport. We were pleasantly surprised that our service was a Toyota Alphard, which is the luxury version of an MPV/Van. Our flight was at 5:55 pm, so we were supposed to arrive in Manila at approximately 8 pm of December 31, 2013. We also perused the benefits of our credit cards, which was complimentary lounge access at the Traveler’s Hong Kong Airport Lounge. We had some meals, drinks, coffee, read newspaper, browsed the net, etc.