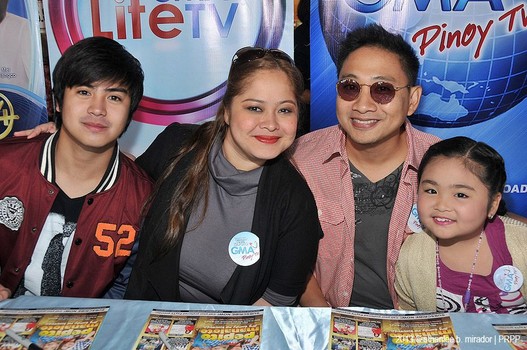 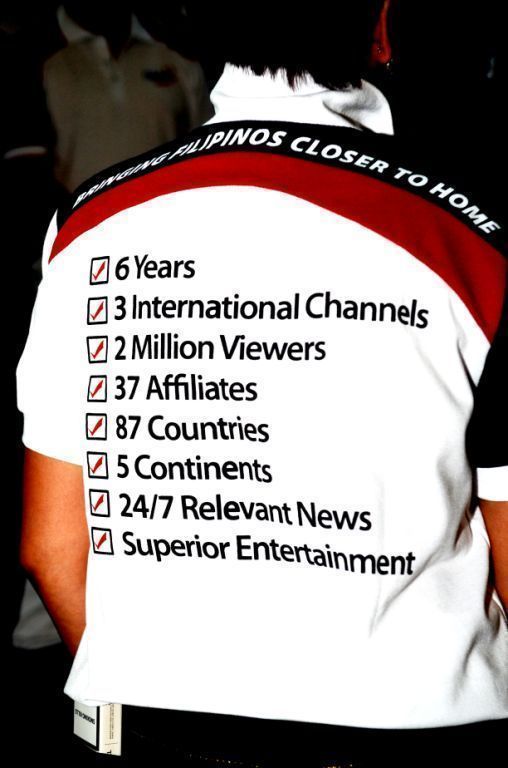 GMA International triumphantly celebrates its 8th anniversary with eight NAMIC Excellence in Multicultural Marketing Awards (EMMA) – the most number of awards won by GMA so far in this prestigious global marketing competition, which recognizes excellence in marketing efforts designed to attract and retain culturally diverse audiences and customers among African American, Asian, Hispanic and other market segments in North America.

GMA won alongside some of the world’s biggest pay-television distributors such as Comcast, Rogers and Time Warner Cable and also Network/Industry suppliers like HBO, The Oprah Winfrey Network and Univision.

The meet and greet with the cast of award-winning situational comedy Pepito Manaloto starring three-time Asian TV Awards best comedy actor, Michael V. won first place in the Grassroots category. Drawing a combined crowd of over 1,700 Filipino-Americans in Seafood City Cerritos and Carson, California, the event was conceptualized particularly for Filipino-Americans, who yearn for the classic Filipino brand of comedy.

The Bayani Tour, which gave a group of second-generation Filipino-Americans including YouTube celebrities AJ Rafael, Joseph Vincent, and Jeremy Passion a historical and cultural immersion tour of the Philippines, also received a first place award in the Social Media category. Educating second-generation Fil-Ams about their Filipino heritage, the tour extended its objective not only to the participants but also to AJ, Joseph and Jeremy’s nearly 1.4 million combined numbers of subscribers. It is worthy to note that the Bayani Tour also bagged a second place award for Diversity Awareness.

As part of promoting GMA News TV International, GMA International distributed information kits to highlight the 11 million Filipinos overseas’ need to be connected to home though the Philippines’ number one news channel. This marketing effort won second place in the All Other Media category for it was proven most effective among major carriers in Canada adding GMA News TV to their channel offerings.

GMA’s 2013 rendition of the Philippine National Anthem also won second place in the Television category for creatively presenting the Filipino spirit of heroism to Filipinos across the globe and to the rest of the world.  The music video echoes in more ways than one GMA International’s promise of “Bringing Filipinos Closer To Home.”

Winning third place in the Premium Category is the GMA International 6th anniversary milestone shirt, which depicted GMA International as a fast-growing source of superior entertainment and the most credible news from home. The shirts were distributed during the Philippine Independence Day celebrations and among GMA International affiliates all over the world.

Likewise bagging a third place recognition in the Print category is the GMA International 7th anniversary print ad. GMA Pinoy TV first started airing in the United States in August 2005 via COMCAST north California, and to commemorate this milestone GMA International implemented a print campaign as a way of thanking their viewers for their continued patronage over the years. A total of 67,000 copies of the 7th year anniversary ad were printed and circulated in north California.

Rounding off GMA International’s success in this year’s NAMIC (EMMA) Awards is the Proud to be Pinoy 2012 TV Special that scored third place in the Television Category. The TV special was recognized for re-affirming GMA International’s strong presence during the various Philippine Independence Day celebrations that had a record-breaking number of participants reaching 140,000 worldwide. GMA’s international business unit successfully celebrated the 114th Philippine Independence day by making it not just a celebration of freedom but also a reminder of their pivotal role in shaping the Filipino people’s future.

GMA International has been recognized by NAMIC for almost every year since the launch of GMA Pinoy TV in 2005. Last year, GMA International emerged as one of the most awarded companies in the competition with six awards in total including two first place finishes for its “Support Manny Pacquiao” online marketing campaign (Digital category) and for its international magazine “Kapuso Abroad” (Grassroots category).

“We are honored that GMA International is recognized again, and in a big way, at this year’s Excellence in Multicultural Marketing Awards,” says GMA International Vice President and Head of Operations, Joseph T. Francia. “It is noteworthy that our awards this year cover a wide range of our tactics using both emerging and traditional media. This will inspire us to continue to innovate in creating effective marketing tactics to reach our various audiences abroad,” he adds.

NAMIC is an international organization that recognizes superior multicultural marketing practices in the cable industry. Established as non-profit trade organization in 1980, it has over 2,700 professionals from a network of 16 chapters worldwide.

The awarding of winners will be held on October 9 during the US Cable Diversity Week in New York City.